An epic trek among the lakes, mountains and glaciers of southern Patagonia

The Torres del Paine Circuit in southern Patagonia is one of the world’s truly great treks – a 140km hiking route through some of the most spectacularly jaw-dropping scenery on the planet. Vast sheets of fractured blue ice, turquoise- and emerald-coloured lakes, primeval-looking forests, vertical granite spires which glow blood red in the first light of dawn, and semingly limitless, cloud-streaked skies. Hiking in this part of the world is not an experience you are likely to forget.

The shorter ‘W’ route may be more popular (that said, both are extremely popular) but it is the full Torres del Paine Circuit, or ‘O’ as it’s also known, which really takes your breath away (often literally) and makes you feel as though you are in the wind-blasted, ice-scoured wilds. It is the ‘O’ which crosses Paso John Gardiner, with its staggering views out across Glacier Grey – 6km wide at this point and spewing 27km along the valley below you, to calve into vast chunks which are left floating about on Lago Grey. Despite its size Glacier Grey constitutes a mere smidgin of the vast Southern Patagonian Ice Field (Campo de Hielo Sur) from which it protrudes – the largest expanse of ice in the southern hemisphere outside Antarctica. And it is Paso John Gardiner where the wind can be so strong that wardens simply close the route to trekkers when the weather turns sour, as it frequently does. I crossed the pass in what might be considered ‘fine weather’ (we’re talking about Patagonia remember), and it was difficult to stand up. Once upon a time it was possible to extend the ‘O’ with an additonal walkout/walkin stage, turning it into a ‘Q’ – although sadly that route is no longer open.

The Torres del Paine Circuit and W routes have long been popular, to the point where the numbers of hikers on the trail are simply unsustainable – hence the compulsory booking system introduced a few years ago (see Camping and Refugios, below). I can’t help feeling it’s a pity that the same rigor wasn’t applied to the number of lodges and high end hotels built within the park – a complete contrast to the approach to park management over the border in the Fitzroy area of Argentina’s Los Glaciares National Park (where you have to camp, and that’s that). 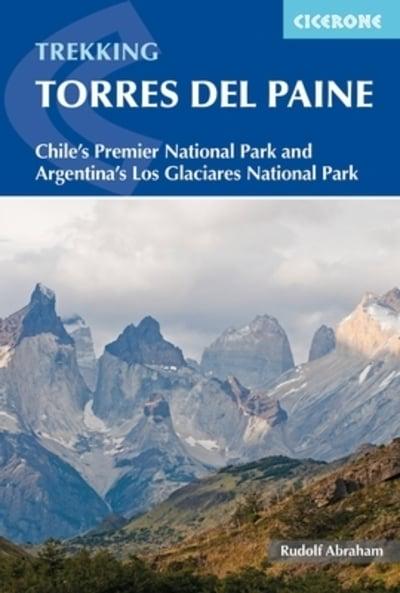 My guidebook to hiking the Torres del Paine Circuit – a 140km trek through some of the most spectacularly jaw-dropping scenery on the planet. Includes the ‘O’ and the shorter ‘W’, as well as a trek in the Fitzroy area of Los Glaciares National Park in Argentina, and the little visited Sierra Baguales in Chile. Available here.

The campsites, lodges and refugios along the Torres del Paine Circuit and W are managed by Vertice, Fantástico Sur and CONAF (Chile’s National Forest Corporation). In an attempt to reduce congestion on the trails CONAF introduced a mandatory booking system for overnight stops along the route. It is no longer possible to turn up at the park entrance, pay your entry fee, and set off on an open-ended itinerary – all overnight stops, whether at designated capmpsites or lodges, must have been booked in advance, or you won’t be allowed to do the trail.